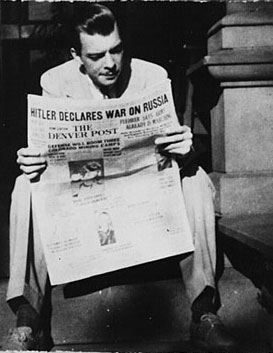 I arrived in this noisy and bustling town of Carson at noon to-day, per Langton’s express. We made pretty good time from Virginia, and might have made much better, but for Horace Smith, Esq., who rode on the box seat and kept the stage so much by the head she wouldn’t steer. I went to church, of course—I always go to church when I—when I go to church—as it were. I got there just in time to hear the closing hymn, and also to hear the Rev. Mr. White give out a long metre doxology, which the choir tried to sing to a short-metre tune. But there wasn’t music enough to go around: consequently, the effect was rather singular, than otherwise. They sang the most interesting parts of each line, though, and charged the balance to “profit and loss;” this rendered the general intent and meaning of the doxology considerably mixed, as far as the congregation were concerned, but inasmuch as it was not addressed to them, anyhow, I thought it made no particular difference.

By an easy and pleasant transition, I went from church to jail. It was only just down stairs—for they save men eternally in the second story of the new court house, and damn them for life in the first. Sheriff Gasherie has a handsome double office fronting on the street, and its walls are gorgeously decorated with iron convict-jewelry. In the rear are two rows of cells, built of bomb-proof masonry and furnished with strong iron doors and resistless locks and bolts. There was but one prisoner—Swayze, the murderer of Derickson—and he was writing; I do not know what his subject was, but he appeared to be handling it in a way which gave him great satisfaction . . .