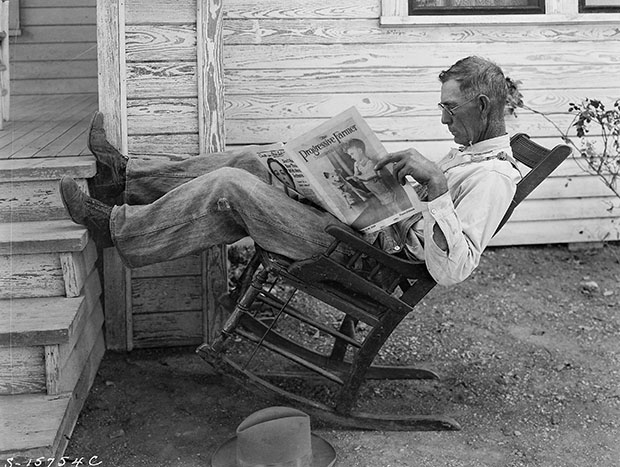 YOUNG FRIEND gives me the following yarn as fact, and if it should turn out to be a double joke, (that is, that he imagined the story to fool me with), on his own head be the blame:

It seems that the news had been pretty extensively circulated, that Mr. Curts, of the enterprising firm of Curts & Lockwood, was exhibiting at their store, for the benefit of the natives, a show of some kind, bearing the attractive title of “Bonaparte crossing the Rhine,” upon which he was to deliver a lecture, explaining its points, and giving the history of the piece, the price being “one dime per head, children half price.” Well, the other day about dusk, a young man went in, paid his dime, “saw the elephant,” and departed, apparently “with a flea in his ear,” but the uninitiated could get nothing out of him on the subject,-he was mum—had seen the varmint, and that was the full extent of the information which could be pumped out of him by his enquiring friends.

Well, everybody who saw the sight seemed seized with a sudden fit of melancholy immediately afterwards, and dimes began to grow scarce. But pretty soon Jim C, with a crowd of eager boys at his heels, was seen coming down the street like half a dozen telegraphs. They arrived at the store, gasping and out of breath, and Jim broke out with:

“Oh, we let boys see it at half price—hand out your five cents.”

Jim had got done blowing by this time, and threw down his money in as great a hurry as if life and death depended upon the speed of his movements, saying:

“Yes, that’s it—that’s what I want to see,” said Jim, who was so anxious to see the show that he could scarcely stand still.

“Well, you shall see it,” said the worthy exhibitor, with a wise look, at the same time dropping the five cents into the money drawer, “and I hope by this show to impress upon your young minds, this valuable piece of history, and illustrate the same in so plain a manner that the silliest lad amongst you will readily comprehend it.”

The juvenile audience was now breathless with expectation, and crowded around with eager looks, and not the slightest movement on the part of the learned lecturer was overlooked by them, as he drew from a drawer a piece of bone about three inches long, and holding it up before the wondering boys, he slowly and deliberately commenced his lecture, or explanation:

“My young friends, you now perceive…”

“As I was saying,” continued Mr. Curts, “you now see before you the ‘Bonaparte’—the ‘Bony-part,’ you understand, the ‘bony part’ of a hog’s leg (house shakes with laughter from the crowd which had now assembled, but Jim did not join in the general merriment, but looked very sober, seeming to think there was very little about it to laugh at, at least on his side) yes, boys,” said Abram, as grave and solemn as a judge about to pass sentence, “this is the bony-part of a hog’s leg.”

“Is-is a-a-that all!” gasped poor Jim, beginning to look blue about the gills.

“Oh no,” said the lecturer, “this is merely a part of the exhibition,” and he took from a shelf a piece of meat skin about as large as a piece of paper, i. e. the size of a dollar bill, and presenting it to view he proceeded with the lecture.

“Now, my young hearers, this you see is the ‘Rhine’—yes,” he continued, as solemnly as before, “this is the ‘Rhine,’—properly speaking, the hog’s rind—a piece of hog’s rind.”

When the laugh had subsided, Mr. C. again went on with the explanation:

“Now, young gentlemen, draw near and give me your attention a moment, for this is the most interesting part of the exhibition,” and old Abram looked and spoke, if possible, still more wise and solemn than before, then slowly passing the piece of bone back and forth across the skin, he said, “you see, boys this is the ‘bony part crossing the rind,’ very lucidly explained—yes, (drawing his bone across again with the most imperturbable gravity imaginable, amid the roars of laughter) this sir, is, I may be allowed to say, a very apt illustration of that noted event in history, ‘Napoleon crossing the Rhine.’ You have now learned a valuable lesson.”

“Yes!” broke in Jim “I have that, but it’s the last one you’ll ever learn me—(laughter) you’re nothing but an old swindler, anyhow—(renewed laughter, which somewhat riled our hero) yes, this is a swindling shop and a swindling show, and you don’t do nothing but swindle people.”

The laugh now became so universal, that poor Jim had to force a laugh and a “don’t care” look, as he continued:

“I don’t care, laugh, jest as much as you please—I ain’t particular about the money, nohow; I know’d it was a swindle, ‘fore I come down (a piece of knowledge which Jim, in the excitement had before unfortunately forgotten that he ever possessed,) yes I knowed it, and I jest come down for devilment—but I don’t care, you can keep the money, I ain’t particular about it (Jim seemed particularly anxious to impress this important fact upon the mind of the lecturer)—cause I know you need it worsen I do, when you can swindle a feller out of it that way.”

The crowd now laughed till they were completely exhausted, and Jim’s face slowly relaxed from the ludicrous expression it had worn for a time. He now looked as if he had been suddenly bereft of every relation he had in the world—his face became lengthened to an alarming extent, and upon the said countenance the most woebegone look settled, mingled with a most “sheep-stealing” expression. He was now in a profound reverie, seemingly entirely unconscious of the jeers cast at him by the company. But Abram now broke in upon his meditations, and although he too had been enjoying his joke with a hearty laugh, he immediately assumed his former solemn look and grave tone, and thus addressed the cheap-looking “seeker after knowledge under difficulties.”

“Young man, you have now learned an important historical lesson, and are no doubt well pleased with it. I am anxious, however —ahem!—I am anxious, as I before remarked, that you should be entirely satisfied with the exhibition—if you did not understand it in its minutest details—if the illustration was not sufficiently lucid, and everything has not been exhibited to your entire satisfaction, I beg of you, my friend, to make it known; and if it has met with favor in your eyes, I shall hold myself under the greatest of obligations, (with a profound bow) if you will use your influence in forwarding the cause of learning and knowledge, (another bow) by inviting your friends to step in when they pass this way. What, may I ask, is your opinion of the exhibition?”

Poor Jim! He seemed not to have heard a word that had been spoken, but, with his eyes bent steadfastly upon some object that wasn’t there, he moved not a muscle for the space of a minute, when, opening his lips, he slowly ejaculated the few, but significant words “Sold!—cheap- – -as- – -dirt!”

And striding out of the house he marched down the street in a profound fit of mental abstraction.

Since the above occurrence, if any one speaks to Jim, or asks him a question, he merely mutters “Bonaparte crossing—sold!”

Mr. Curts told one of Jim’s companions to say to him, that his exhibition was merely an agency—that a noted wholesale firm of this city were the proprietors of the concern, that the apparatus belonged to them, that if Jim did not think his money well spent, they would in all probability refund it—but that being himself merely an agent, he did not feel authorized to do so.